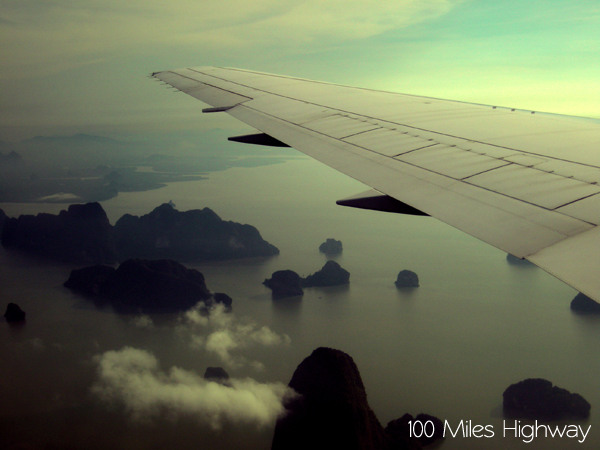 The following short stories may make you wonder who is foolish enough to ever give me any kind of responsibility, be blind enough to describe as a person with attention to detail and, most particularly, where did all my german gens go (this, I wonder too, some times). But before misjudging me for my stupidity, please bear in mind that although theoretically we all turn into experts the more we repeat the same procedure over and over again, practically, there’s always a higher probability of screwing things up when you start doing the procedures automatically (that is, shutting off your brain).

Taking 15 to 25 planes a year does make me pack quicker, lighter, learn what to wear (or not to wear) and to quickly go through the security check at airports. But I also automate my steps, leaving a gap for misfortunate adventures when traveling. On the positive side, each of these experiences have taught me a very valuable lesson, and hopefully will avoid you committing the same.

That one little thing.

When travelling, you’ll only need three things: the flight ticket, a credit card and your passport. This little list of essentials may even be reduced to two when you’re carrying an e-ticket, as many companies now offer you getting your ticket from a machine by simple typing in your e-ticket number or scanning your passport. When one of these essentials is missing, then you’re in trouble.

On a friday evening after work, I went home to finish packing and get the train to the nearest airport. I was exhausted but also excited about visiting m friends in London. I packed everything I needed, from toothbrush to socks and ran out to catch the train. I sat down and took a deep breath and carefully ran through my mental packing list. Then I snapped. I couldn’t picture taking my passport with me.

That one time, I wish I had taken the regional train instead of the direct one to the airport. After the 50 minutes ride, I arrived to Geneva Airport already knowing already I had no chance to take the flight that night.

It doesn’t really matter if you forget to pack socks, underwear or a rain coat. To travel, you only need a passport, cash and your ticket.

Everything was Nice (the French City, not the Adjective).

There was a time, where I really really wanted to learn french and registered for a one month french course for dummies (no offense for other participants) in the beautiful city of Nice, in Côte d’Azur. My flight didn’t go straight from Madrid to Nice, but went through Paris. My flight to Paris was delayed for about 3 hours, and so I missed my flight connection (not good). Me and my zero french knowledge managed to get into one of the first planes the next morning, which departed at 7am.

I was there on time, took a huge latte and sat in front of the gate that was shown on the schedules. I did realize that at some point the boarding time switched from 7:00am to 7:10am. But I was sleepy, and I believed this was just a short delay. Well, it wasn’t.

When it was time for boarding, the flight attendant scanned my ticket and the machine alerted that the ticket was not valid. “Madame”, she said, “this is not your flight, your flight has just departed”. How was this possible? The explanation: Air France has flights from Paris to Nice every 10-15 minutes, and they are all in the same terminal. They changed the gate number for my flight, and substituted this with the next flight to the same destination. They never called out my name (nor did I understand what they were announcing in french). Frustrated, after having missed two flights to Nice, I cried to the ground attendants, who kindly sat me in the next flight without additional (stupidity) costs.

Don’t judge a gate by its destination and flight time – Always check the flight number!

A tiny little part of me aims to become a trader. Although in general terms I like to make plans on medium term when it comes to work and life plans, I have a very short-term view when i comes to purchasing flight tickets. I like following flight prices as if tickets were stocks trading on the stock market. I go numb when I see prices drop radically, and my mind immediately sends out “buy” commands in all directions. That’s all good if I actually was a trader. But I’m not.

The consequence of this is me buying return tickets on the wrong days because I didn’t re-check the dates of the flight or even reserving a room in the wrong hotel (being this, a hotel that was listed as one of the Gatwick Airport hotels but actually was 50 pounds in taxi away from it).

What about you? Do you have any shameful stories from your travels?

25 thoughts on “Misadventures of a Daydreaming Traveler”

For The Love of Tulips