I never thought I would be the kind of woman that would venture into a 3-week hike across unknown territory on her own. I don’t have a particularly good sense of direction, have never carried a large backpack more than from a train station to a hotel and didn’t know one thing about first aid.

In fact, I wasn’t entirely aware of the situation I had gotten myself into until I landed in Irún (my starting point) and began to look for the Camino way marks. Camino Guide in hand, I walked up and down the main roads looking for Camino sign posts. It took me a while to realise that the directions are sometimes marked with a shell on the pavement. Other times, they’re yellow arrows (on walls, trees, pavement, buildings, etc). And only a few times they’re actual sign posts that read Camino de Santiago.

Ha! Nice one. At least this got me to be extremely alert during this trip! 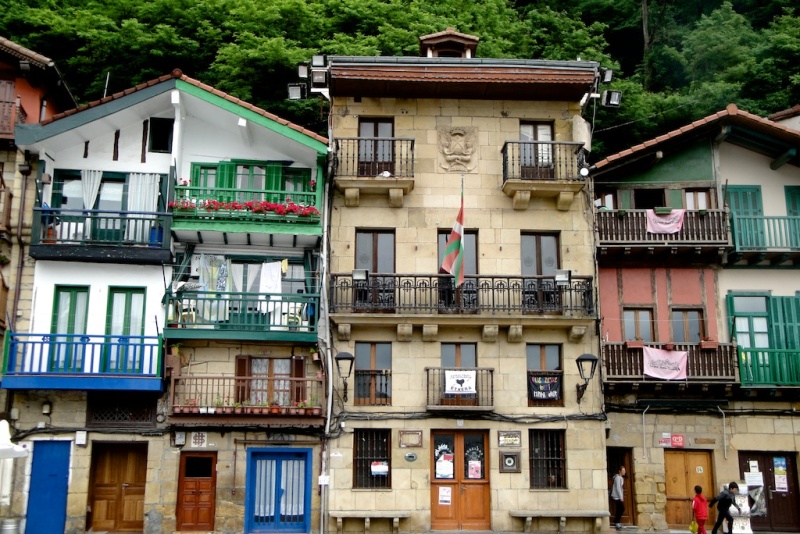 On my first day on the trek, though, I got lost. In heavy rain. And wind. And fog.

I wonder how many times I had told myself to quit that same day. I would arrive at Pasaia (pictured above), take a bus back to Irún, a train to Madrid and a flight to Tenerife. I would spend the next 3 weeks reading thrillers in a hammock – I assured myself. But, after sitting down in Pasaia for lunch, I picked myself (and my drenched boots and clothes) up and continued walking.

That night, I stayed at a Twelve Tribes community which was, hands down, one of the most curious experiences I had on the Camino.

Walking on your own might sound daunting (maybe even scary), but I felt it was empowering. It has definitely given me more independency and self-sufficiency, and it has allowed me to follow my own rhythm: stopping to take photos, drink coffee or just take off my boots and put my feet in the air. When I walked on my own, I didn’t have to give anyone any explanations.

The first pilgrim I met was Rahel (Switzerland), in a popular café in San Sebastián overlooking one of the city’s beaches. Meeting her was a turning point: I had set off convinced that I wanted to walk the whole way alone and here, on day 2, I realised that maybe I actually wanted some company. Sometimes.

And then I decided that the Camino was going to be a great excuse to be my extroverted self (whenever I wanted!).

Locals always greeted me back with a smile and a “Buen Camino”. Day trippers stopped by to ask where I started and where I was planning to go and often even added some local insight (like, which GR route offers better views!). And many pilgrims I met on the way became an integer part of my experience. There’s no doubt about it: the Camino creates a special bond and camaredie among those who walk it.

One of the nicest gestures anyone can do for a pilgrim? Give him some free water refill and maybe even some shade. I found this one on my second day, on Mount Igueldo just passed San Sebastián. It was 28ºC and I’m eternally thankful.

Some days, I decided to follow people. I didn’t do this because I felt unsafe or have a stalker side (promise). No. Instead, I figured that following someone would make me speed up my walking. You see, at the beginning, I had a tendency to stop way too often – which in turn led me to be the very last pilgrim arriving to the end of a stage.

There’s definitely a plus to following the right kind of pilgrim (the kind that has done this or other Caminos before): less chances of getting lost and higher chances of going an alternative more scenic route. On my third day, I followed Klaus (Germany), and got to see this amazing view over Zarautz (he definitely knew what he was doing!).

More than one pilgrim I have met on the trek has told me that you don’t lose weight on the Camino del Norte. Now I know the reason for this: pintxos, txacolí and patxarán. Now, I know from a lot of other pilgrims who left the Basque Country without even trying a txacolí (regional write wine) – but how? How did they fight the urge to drop their backpack and go hopping from winery to winery?

I made it a mission to have a txacolí the night after walking through Getaria wine region (below).

Not all days were along the coast  though – Some paths allowed me to explore the basque countryside.

My fifth and sixth hiking days (Deba – Markina Xemein – Guernica) were definitely the most physically challenging – but the landscapes were well worth it! At first, I couldn’t believe that I was still in Spain. I had never seen such clean, organised roads and farms outside of Switzerland. Even buildings that seemed abandoned were picturesque and well cared of. 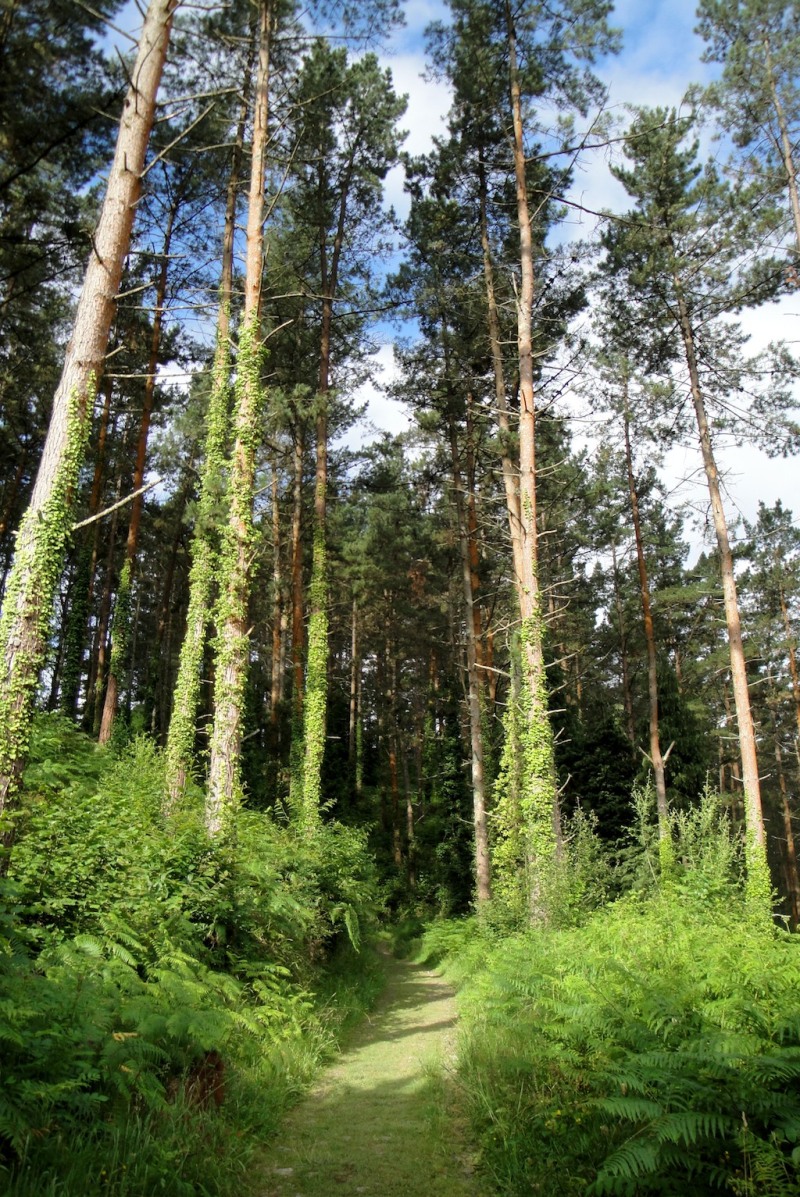 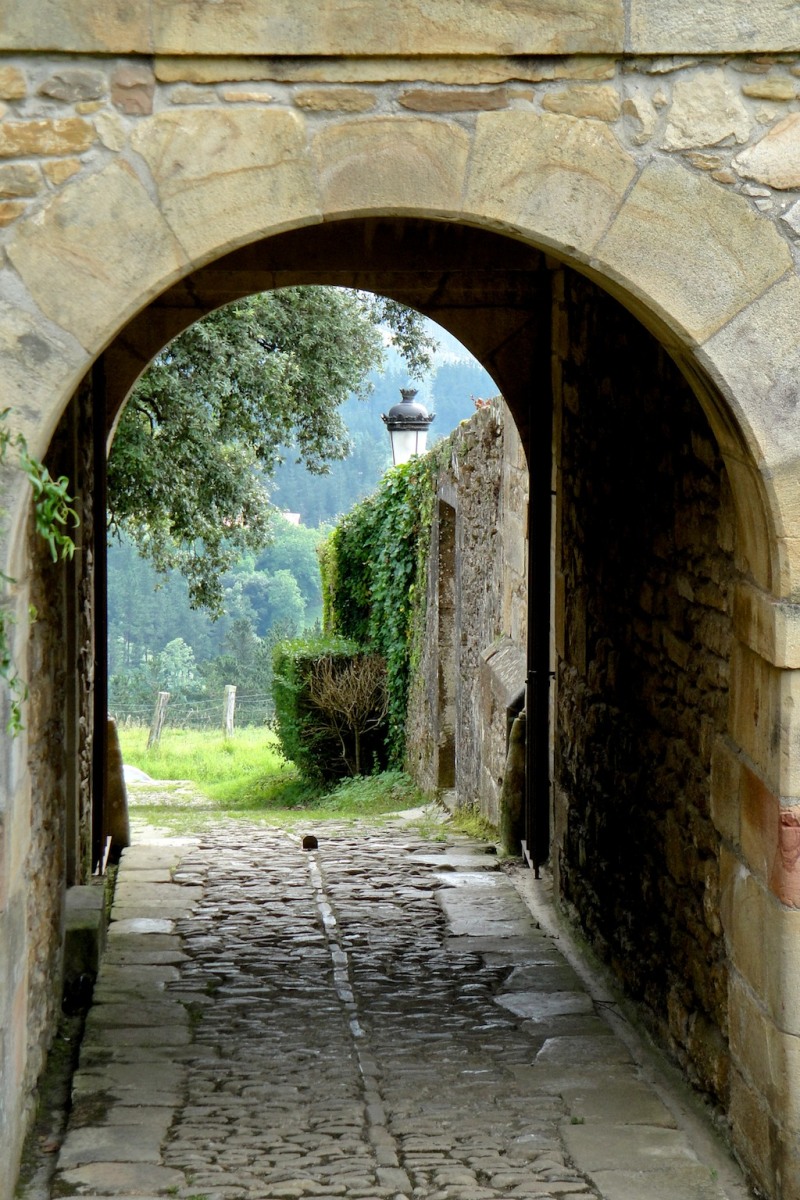 On the fifth day, somewhere between Deba and Markina Xemein, I met what would become my Camino family. While I was having a great time meeting people individually, it was nice to be able to form a small group and challenge each other to push through the hardest times on the way. I’m honestly not sure I would have made it from Deba to Guernica in 2 days if it wasn’t for them!

The hike from Guernica into Bilbao was a long one. It didn’t help that we actually only found our way out of Guernica at 9:50 AM (who knew arrows become oak tree leafs in this city?).

It was also one of the hottest days on the Camino (I’m pretty sure temperatures reached +33ºC!), which isn’t fun unless you’re lying in the shade at the beach with an ice-filled cocktail in your hands. In the afternoon, I took the executive decision to take a bus for the last bit of the walk and reward myself with a glass of cold txacolí in Bilbao.

I only felt a tiny bit guilty.

The Basque Country was certainly the region with the hardest terrain – But those ups and downs paid off well when offering some of the best views on the trek. It also made me appreciate the flatter days way more than I did before. The hike towards Castro Urdiales, for instance, was an easy and beautiful transition from Pais Vasco into Cantabria!

Also: I’ve still not learned to walk between cows without feeling observed. Can you?

Have you been to the Basque Country in Spain?

My Camino: notes and snapshots of Basque Country (Spain) is the first post of my Camino series:

A few months ago one of my favourite bloggers, Jess, introduced me to the concept of virtual coffee dates who, in turn, learned about this from Amber (don’t you love how far word spreads through the internet sometimes?). Anyway, these virtual coffee dates are meant to be a way to have a personal life catch-up. I love this concept!

So grab your beverage of choice and lets meet for coffee like old friends (would you like some milk and stevia?).

If we were having coffee right now… I would tell you that I have just returned from my three week hike on the Camino del Norte. I’d show you the state of my feet after walking over 430km and we’d laugh about my ridiculously impossible tan lines. I would tell you about the wonderful people I met on the way (my “Camino Family”), show you my favourite photos of the trip and try to convince you to get on board next summer!

If we were having coffee right now… I would ask you what I should pack for my upcoming 3-leg trip to Miami Beach, New York City and Iceland – Aaaahh, how am I going to fit my boho chic, cityscape and outdoorsy styles in one bag? Despite all my years of travel and of being a professional planner, I’m still not a good packer. I might or might not have forgotten to pack my pijamas on more than one trip, oops…

If we were having coffee right now… I would tell you that I’m now officially an International MBA Candidate at IE Business School in Madrid, and will be starting this September! I’m beyond excited to have been admitted to my perfect fit school and can’t wait to meet my super diverse and fun classmates and crack our brains working on some kick ass cases.

If we were having coffee right now… I would tell you that I had never felt as fit and healthy as I do now. I’d probably call it the Miracle of the Camino, but… it’s really more than just exercising. Since early May, I have made a conscious effort to significantly reduce my carb intake – and I just feel way lighter and less bloated! I’d tell you about my addiction to home-made Zoodles (yes, it’s a thing), celeriac fries and matcha tea. Dear god, does this make me a hipster?

If we were having coffee right now… I would confess that I’m equally excited and scared about my doing the Langavegur trail in Iceland this summer. I mean, it kind of sounds like my wildest dream: lava fields, glaciers, hot springs, volcanoes and mountains – all in just 55km (34 miles). But… crossing (sometimes deep and violent) glacial streams, spending days under rain and possibly snow, and sleeping in a tiny tent trying to heat up pre-made food sounds, well, challenging. I keep on repeating this to myself:

“If it scares you, it might be a good thing to try.”

If we were having coffee right now… I would tell you that I finally registered for a Digital Photography course in New York this month! You would remind me of all those times I had told you how much I’d been yearning to improve my photography, but life and work seemed to always step in my way. I know, I know – I can’t believe it’s finally happening either! 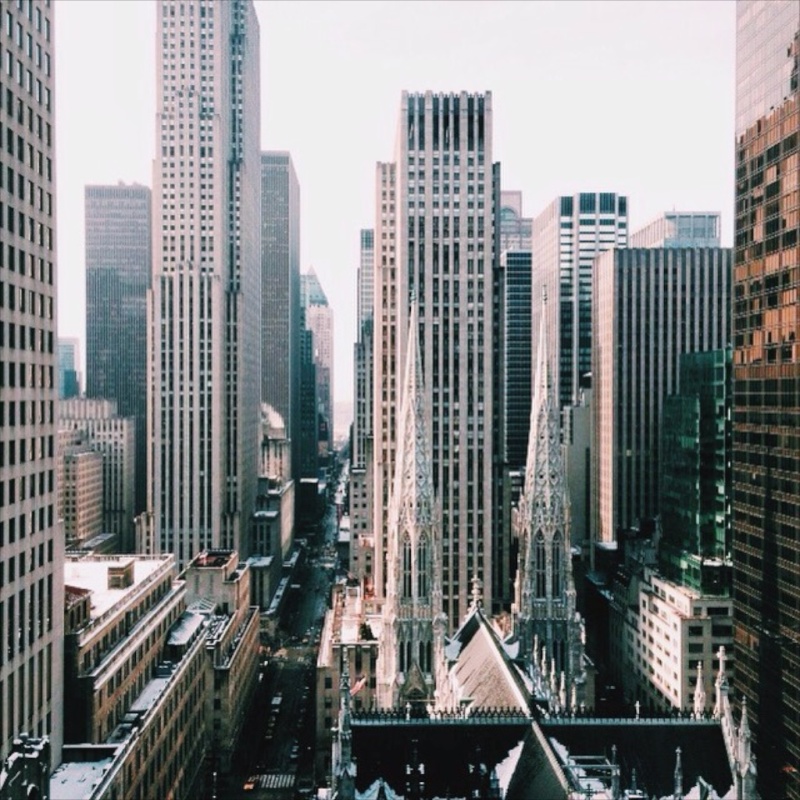 If we were having coffee right now… I’d show you my new about me page and ask you what you’d think about it. I always get nervous when I change one of the big pages on my blog. I worry about technical issues, about my photos and my writing – does it work? does it look good? is it light and fun? I would also tell you that I’m considering a few more changes around here – like possibly integrating a Frequent Q&A section and writing some articles in Spanish (my mind just needs a rest sometimes). There’s so much to ponder right now… Help! What would you do?

So, anyway, what’s new in your life?